I’ve been sitting on this for a while (mostly because my lazy ass wasn’t blogging), but I have another guest post from one of my very talented friends. We already heard from the lovely Holly, so this time we are going to be entertained by the hilarious and sometimes heart-breakingly honest Josh from Verb the Adjective Noun. When I’m not green with envy over his awesome blog conceit, I enjoy his musings on life. He so graciously agreed to write a guest post, and he stuck to my dating theme. So, ladies and gentlemen … here’s Josh!

The internet is such an odd animal. It’s like a platypus inasmuch as it seems a jumbled mishmash of seemingly ill-fitting parts, yet I’d submit that all our lives would be a lot more boring if we lived in a world without either. The fact that the platypus is a thing that exists and can get laid has always been a source of inspiration for me. That’s pretty much the closest thing to logic I’ve ever applied to the world of online dating.

Someone once told me I was ugly as fuck.

I’m no stranger to ridicule, by this point in my life we’re good buddies. Just like a doctor’s vaccine exposes you to a controlled amount of a virus in order to build an immunity, so too were my formative years spent absorbing the scorn and derision of all my peers. I’ve reached a point where my feelings can’t be hurt by any insult … but every Pixar movie does make me bawl like a baby, so I might be carrying some unaddressed emotional trauma.

My point is that I wasn’t about to argue with this person. By traditional standards I am not even close to what you would call a handsome man.

So how has this shaped my attitude towards dating?

It’s made me play to my strengths.

I’m smarter than the average bear and I can even be charming when I need to. In order to get women to like me I’ve had to do more than just show up and smile.

What I’m saying is that I’ve had to try hard.

When I encounter people who don’t give forth a similar level of effort I get super annoyed.

For the most part I’ve found that a woman’s profile is just so mind-numbingly vapid. Rather than talking about herself, she’ll overload you with seductive photos and “inspirational quotes” or song lyrics that, while written by someone else, are supposed to show off what a unique and creative individual she is.

More than anything I’m bothered by how they claim to want someone who’s “interested in more than just sex” but still feel the need to have multiple photos of themselves in lingerie. This attitude earns much less respect from me but, curiously, doesn’t stop me from messaging them.

It’s my understanding that ladies receive an exponentially greater number of messages on online dating sites then men do. The number is multiplied even further for more “attractive” women. In my experience this leads to women taking for granted the idea that they need to impress any would be suitor, leaving that task solely in the man’s hands. After all, why should she work to impress a guy when there’s a few dozen more all clamouring for her attention?

This very well may be a broad generalization (or to borrow a turn of phrase from Kevin Smith, a generalization about broads) but it has been the through line for my every encounter with a woman I’ve met online. I’ve had to bend over backwards to impress and I always get the feeling that she thinks she’s doing me a favour just by deigning to talk to me. 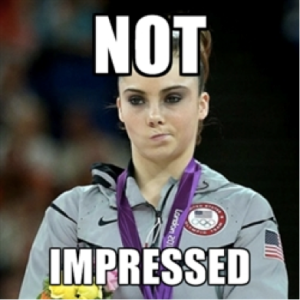 I’ve developed a pattern. We exchange messages, I talk about myself, I make them laugh, we agree to meet, I dazzle them with my charm and catch them completely off guard. It’s become a routine, I’m like a snake oil salesman laying the pitch on extra thick, constantly reassuring you that I’m above board and all my claims aren’t too good to be true. It’s only a hair shy of bragging about myself, the way I highlight my good qualities and try to hammer home the message that it is, in fact, okay to date me.

There’s a deliberate subtext to everything I say.

“I work in finance.” She thinks to herself, he must make a lot of money!

“I host a podcast. It’s got an international audience.” Maybe he’s famous?

I’ve bedded women who would never have given me the time of day if we crossed paths on the street or met in passing at a party but it’s only after I’ve bragged my way into it.

Even that last statement was bragging. I can’t turn it off! I feel like the only way I get any sort of validation is by having to conjure up this image of myself as the “perfect guy you’ve always been waiting for.”

So what’s the problem?

I’ve talked about it before on my blog and I guess the problem is that when it’s all said and done, even though they’re sweet, good looking girls, anyone who would fall for the kind of scam I’m pulling isn’t really the kind of person I’d want to spend time with. They’re usually not very bright, don’t share any of my interests and bore me to death. The only effort they seem to make to get me to like them is putting on makeup and strategic body hair removal and it feels like a huge injustice.

It’s a Catch-22. The girls I get with are boring and uninteresting but the ones who would be a good match are smart enough to see through my bullshit and aren’t attracted to me.

In about 2 weeks it’ll have been exactly one year since I ended a 7 year romantic relationship.

In the past 12 months I’ve had 8 different, new sexual partners. My friends are usually shocked and disgusted to hear these numbers. Most say that my serial sexcapades are a negative emotional reaction. They say that after spending more than 25% of my life in monogamy I’m now like a wild animal that’s been cut loose and is on a hormone driven rampage. They also say that continuing to live that way won’t make me any happier.

While the advertisements and statistics tell you that more and more people are finding love online, there’s this inescapable stigma that these sites are really just places for anonymous hookups. I’ve probably done a lot to further that stereotype.

I have the worst social skills. When I don’t like someone I make sure they know it in the most hostile and insulting way possible. Every single one of these “relationships” I’ve started online has ended with someone being really mad at me. It comes as a real shock to them when I transform from Mr. Perfect into a total jerk.  Only too late do they realize what a terrible person I really am.

I know this is because I’ve approached online dating in a deliberately dishonest way. In that respect I represent everything that’s wrong with online dating.

If you’ve never done it, or were considering online dating don’t let my horror stories deter you. My mother got remarried to a man she met online. Internet dating works.

Just not for me. 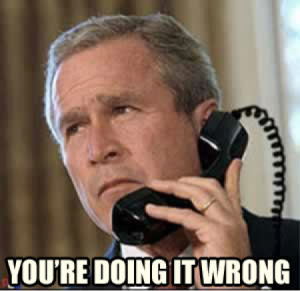 5 thoughts on “And now for something completely different”